A few words about Ancient Corinth

The site of ancient Corinth was first inhabited in the Neolithic period (6500-3250 B.C.). The peak period of the city, though, started in the 8th century B.C,, when Corinth became one of the leading powers of the Greek world, founder of colonies in the west Mediterranean, such as Syracuse, and lasted until its destruction by the Roman general Lucius Mummius in 146 B.C. Representative of its wealth and pioneering spirit in architecture, is the Doric temple of Apollo which was built in 540 B.C. The city was reinhabited in 44 B.C. and gradually developed again. In 51/52 A.D., Apostle Paul visited Corinth. The centre of the Roman city was organized to the south of the temple of Apollo and included shops, small shrines, fountains, baths and other public buildings. The invasion of the Herulians in A.D. 267 , initiated the decline of the city though it remained inhabited for many centuries through successive invasions and destructions, until it was liberated from the Turks in 1822. Limited excavations were conducted in 1892 and 1906 by the Archaeological Society of Athens under the direction of A. Skias. The systematic excavations of the area, initiated by the American School of Classical Studies in 1896, are still continuing today.

The tour is starting from your hotel in the morning and we drive direction to Peloponnese. After one and a half hour driving we arrive in the chanel of Isthmos for a coffee break and admire the chanel which connects Aegean and Ionian sea.Then, we need another 15 minutes to approach the Archaiological site of Corinth. Visiting the site takes approx. 1-1,5 hour and there is enought time for a lunch on our way back to Athens.An alternative is, after visiting the site, to go on driving forwards to Akrocorinthos, to visit the old castle and admire the fabolous view of the Corinthian Gulf. 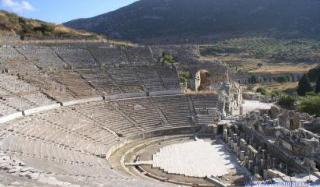 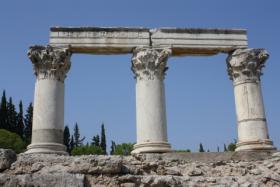 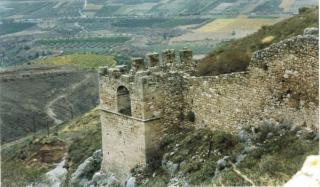